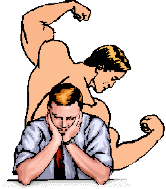 NEMIA gets its name from anemic disorders. I cannot discuss NEMIA without relating a personal incident.  I had used NEMIA very successfully for treating blood disorders and high platelet counts. It was a wonderful formula. One of my daughters was having a problem with nosebleeds, and one time I was unable to stop the bleeding. An artery had broken very deep in her nasal cavity, which became quite evident when she threw up about a cup of blood. At that point, I knew I was going to have to break down and take her to the hospital. All I wanted them to do was cauterize the artery, so the bleeding would stop.

Four days later, we rescued her from the hospital. Her initial diagnosis was idiopathic anemia. The medical meaning of this term is “anemia from an unknown source.” In reality, idiopathic means, “I don’t know what’s happening.” I really didn’t know what was going on until they finally explained it to me this way: the spleen was destroying red blood cells, so they needed to remove the spleen.

I mentioned to the physician, who had been a friend of mine, that I had an herbal formula that would solve the problem. He responded, “In fact, we would like to have a list of all the herbs she’s taken.”

When I asked why, he said they needed to determine why this was happening, even though the diagnosis was “idiopathic.”

There was no way I was going to give him a list of the herbs. He was obviously trying to find a scapegoat for an idiopathic illness and I didn’t want the blame to be laid on an herb! It became quite evident that he was going to give me a hard time about herbs.

I went home and brought NEMIA back in a form that she could take without the hospital realizing what she was taking. I wanted her out of their clutches, and I knew I could solve the problem. When I asked the doctor, he said, “Her red blood cell count is low. Where do you want it?” he gave me a number.

After about four hours (with me feeding NEMIA to her like candy), her count was above what he had wanted to see. He didn’t believe the reading, so he wanted to take her blood again, and repeat the test.   The results were even better then the first time. He said that he didn’t understand it, that my daughter’s red blood cell count was above the number he had given me. At that point she was released, and we left.

Because of illness, this four-year-old child had an inability to hold iron in her body; and to solve that problem they wanted to rip out her spleen. Today, she is twenty-six years old, she’s happy, she’s a wonderful young lady and she still has her spleen.

I recommend people with blood disorders to throw away their aluminum pans and their “miracle cookware” skillets, and start cooking their food in cast iron pots and pans. As you cook the food, it will absorb good quality, usable iron, and the body will get a fresh supply each day.

NEMIA is also wonderful for thyroid problems. If you are lacking in energy, patience, health, sleep or joy, you don’t even think of thyroid problems. One of the thyroid’s functions is to kill off or weaken bacteria, germs and viruses that are in the blood stream. This only happens if the diet has supplied you with an adequate amount of iodine. Every 11 minutes, the entire blood volume passes through the thyroid. The iodine in the thyroid kills and/or weakens these blood-borne invaders every time they come through, but only if the iodine is supplied by our diets.

Foods that contain iodine: radishes, carrots, asparagus, tomatoes, beets, spinach, rhubarb, potatoes, peas, strawberries, mushrooms, lettuce, bananas, cabbage, egg yolks, onions and all sea foods. There is little or no naturally occurring iodine in much of the soil in the southwestern United States.