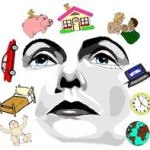 NERQUILIZER got its name from a blend of the words “nerve” and “tranquilizer.” This formula is specifically designed to nourish and support the nervous system. Many times, the body will tell you that it hurts, but it really doesn’t have any pain. This is a misfire of the nerves, or a miscommunication. The nervous system could best be described as a bunch of beads. The beads share a myelin sheath, which is their means of communication. If the nervous system does not have the proper nutrients to be healthy, it will misfire, and the misfire is interpreted as pain. This formula nourishes and tones the nervous system, enabling the body to deal with severe nerve disorders, including clinical depression, insomnia and migraines.

Whenever you hear about sudden discoveries relating to the damage that a particular herb causes, yet you’re aware that this herb has been used for centuries, you begin to wonder what the truth really is. I have tracked this misinformation down, and in most all cases, here is what happens.

A big pharmaceutical company discovers that a particular herb does a wonderful thing, like clearing out congestion in the lungs, or relaxing the nervous system. The herb does this by using any number of chemicals and compounds that Mother Nature has combined to make this herb. The company’s Research and Development department looks at the chemical make-up of the herb, to determine which chemical or group of chemicals accomplishes this marvelous change in the body. They isolate and chemically re-create that chemical, and they begin giving only that chemical to test subjects, without the balancing effects of the other compounds.

They find that the re-created chemical has the same reaction on the body: it cleans out the lungs, calms down the nervous system or whatever. But then, they discover that the people that had been taking it, all have liver damage, or some other unacceptable side effect.             Unfortunately, the information that is eventually released for public consumption is that scientists have discovered that this particular herb (even though it has been used for centuries very safely and effectively) has a chemical in it that causes liver damage. What they don’t tell you is that, “We the scientists, with all our knowledge and expertise, all our equipment and labs, and all our massive brains, tried to duplicate the effect of Nature’s design (the now-slandered herb) and failed miserably. We were unable to do it, but in our failed attempt, we produced a chemical that caused liver damage.”

Case in point: Valerian Root is what they looked at when they created Valium. Valium controls you, it can become habit forming, and its common side effects include: drowsiness, dizziness, hallucinations, confusion, depression, irritability, rash, itch, vision changes, constipation or diarrhea, nausea, vomiting, difficult urination, slowed heart beat, breathing difficulty, mouth and throat ulcers and jaundice. Do not take Valium if you have liver, kidney or lung problems, or if you’re diabetic or epileptic. Don’t breast feed unless you want your baby to have this same stuff in them.

By contrast, Valerian Root is a wonderful herb, and in combination with the other herbs in NERQUILIZER, it is merely a part of a wonderful formula. NERQUILIZER helps to nourish and strengthen the nervous system, keeping in harmony with our natural body functions. It is neither controlling nor addictive.